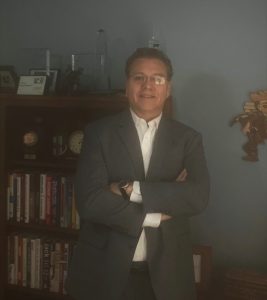 Russell Espinosa is President & COO of SCP Limited, an advanced ceramic technology company in northeast Indiana.  A Hoosier by birth from East Chicago, Indiana Russell received his BS in Engineering Management- Mechanical Engineering from Missouri University of Science & Technology.  He went on to earn a master’s degree in Industrial Engineering from Wayne State University. Russell was one of the founding fathers of the SHPE Student Chapter at Missouri University of Science and Technology, and their first Student President.  Russell has been involved in SHPE at various levels since his time in college.  After graduation he spent most of his career in the automotive industry, with time in aerospace, medical, and consumer products before joining SCP Limited.  His career path has been mostly operations and general management.  Russell enjoys spending time with friends and family, the outdoors, and enjoys all the Chicago sports teams as time permits. 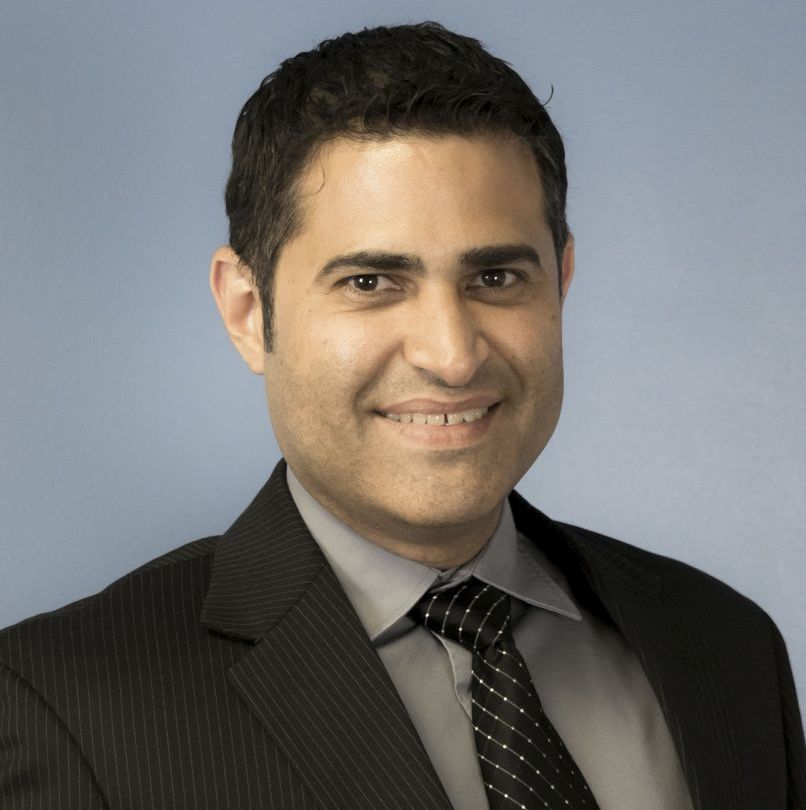 Luis Palacio is a Licensed Professional Engineer in the state of Indiana and a Bio-Physicist. He holds a B.S. in Mechanical Engineering from the University of Puerto Rico, Mayaguez, and a Ph.D. in Physics from Purdue University. As an engineer he worked for General Electric Power Conversion at their Global Engineering Headquarters for over 4 years, and at Alivio Medical Center for over 2 years. As a scientist he is currently leading an investigation that studies changes in molecular structure of proteins that are associated with lung diseases and blood clotting. He has conducted research at Oak Ridge National Laboratories, Argonne National Laboratories, and IUPUI. Luis has more than 3 years of combined experience as an educator at the undergraduate level and at the high school level. Luis has been a consultant for GE Electric Power Conversion, Uncommon Engineering, National Institutes of Health, VoCare, and MedDiary. After 2 years of serving as Director of Programs and Research, Luis now serves as Executive Director and CEO of Health & Science Innovations, Inc.; an Indiana based non-for-profit 501c3 organization serving the community through education and innovation. Luis is actively engaged in the community directly serving in various advisory boards, teaching, mentoring and using his engineering skills to design solutions to workforce development, poverty, diversity, and other challenges that affect society.

Lourdes Palacio is a Technical Program Manager at Rolls-Royce Corporation in Indianapolis Indiana. Lourdes is responsible to manage resources, and budgets for programs with US AFRL, consortiums, and universities for Rolls-Royce materials, capability acquisition department and is the founder and president of SOMOS Rolls-Royce, the first Hispanic ERG (employee resource group) at Rolls-Royce Corporation. Lourdes obtained her engineering degrees and MBA from the University of Texas at El Paso and has worked for the electronic consumers industry, automotive industry, and currently aerospace industry in a professional career that spans over 20 years. Lourdes is from El Paso Texas but has lived in Indianapolis for over 20 years. In Indianapolis, Lourdes founded the SHPE-Indiana Professional chapter, and has served in the organization as president for many years. She currently serves as the Treasurer. In Fiesta Indianapolis Lourdes served in the executive board of directors for over 5 years and was responsible for the logistics of Fiesta Indianapolis festival, a one day event that brought in over 10,000 attendees to downtown Indianapolis for many years. Lourdes is married and has four children, she enjoys reading, and making jewellery when free. 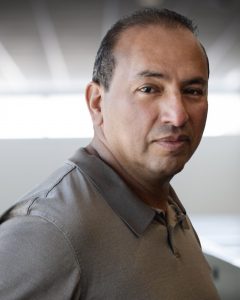 Armando Hernandez is a seasoned professional with extensive experience in New Product Introduction, Manufacturing Test, Quality, Project Management, Product Development, Sustaining Engineering Management, and Project / Program Management. He has over 15 years of Project Management experience in the medical devices and consumer electronics industries. He has been working in the DC R&D Project Management group as a Principal Project Manager and a Scrum Master since being hired by Roche in 2008. Prior to being hired by Roche, Armando worked at Thomson (previously known as RCA and currently known as Technicolor) for 20 years performing new product introduction and project management at various locations. He also worked at Blaupunkt in the test and maintenance areas for two years. Armando graduated from the “Instituto Tecnológico y de Estudios Superiores de Monterrey, Monterrey, México” with a Bachelor of Science degree in Electrical Engineering with a minor in communications. He also has a Master of Science in Electrical Engineering degree from “New Mexico State University, Las Cruces, New Mexico”. Armando was certified as a Roche Internal Auditor in 2010. Armando holds a PMI-ACP since 2017. He is a Certified Scrum Master since 2019. 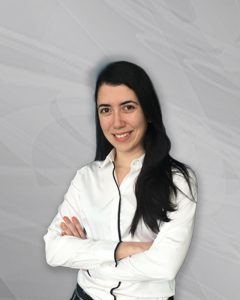 Shirley is originally from Barranquilla, Colombia where she finished her Bachelors in Electronics Engineering. Shirley came to the US in 2008 and completed her Bachelor and Masters degree in Electrical Engineering from the University of South Florida. Shortly after graduating, she joined Cummins in the Off Highway Controls department. She spent the first 2 years as Systems Engineer in calibration integration. Later she was controls lead for QSX 15 program and group leader for Off Highway Custom Calibrations, and technical lead for Off Highway Controls current product where she lead the calibration related VPCRs and  current product cal improvements. She was recently the Systems Validation Leader for Off Highway products at Cummins. Shirley is currently Assistant TPL for the X15 North America product. During her working period she also had the opportunity to finish MBA at Kelley School of Business Indiana University. She lives in Columbus with her 2 kids and Husband and is a local volunteer in various organizations. She serves in the board for Society of Hispanic Professional Engineers Indiana Chapter and enjoys spending time with her family, traveling, reading and dancing. 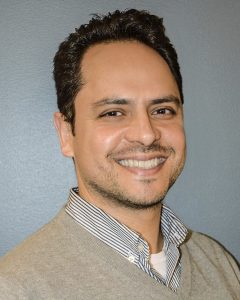 Andres Tovar, Ph.D. is an Associate Professor of Mechanical and Energy Engineering and an Adjunct Assistant Professor of Biomedical Engineering at Indiana University-Purdue University Indianapolis (IUPUI). He received his B.S. in Mechanical Engineering and M.S. in Industrial Automation from the National University of Colombia in 1995 and 2000, respectively. He earned his M.S. and Ph.D. in Mechanical Engineering from the University of Notre Dame in 2004 and 2005, respectively. At IUPUI, he has been the recipient of the 2015 Wisner-Stoelk Outstanding Faculty Award and the 2016 IU Trustees Teaching Award. He also received the 2014 SAE Ralph R. Teetor Educational Award and the First Place in the 2015 ARPA-E LITECAR Challenge. His main research areas include biologically-inspired design, multiscale topology optimization, and design for additive manufacturing. Applications include the design of porous implants and lightweight prosthetics. 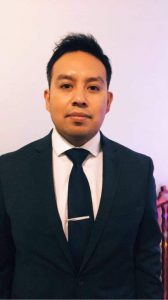 Israel is originally from México City. Israel came to the USA- speaking zero English- looking for a chance to improve life for him and his family. Beginning from ESL classes to a Bachelor of Science in Mechanical Engineering at IUPUI- Purdue School of Engineering and Technology. Israel is passionate about knowledge and has deep interests in robotics, renewable energy, aerospace, and architecture. He has participated in leadership roles such as being the president of the Ivy tech Engineering Society, he has volunteered his time to participate as a community organizer to advocate for education and social justice. Currently working as a design engineer at TreSSS, and he is also a freelance project estimator for a few different companies in the construction/demolition industry. During his personal time, Israel loves running (volunteers to be a pace leader whenever possible) and enjoys studying Philosophy. He is eager to participate with SHPE members and network, learn from those around him and help make a lifelong impact in prospective members. 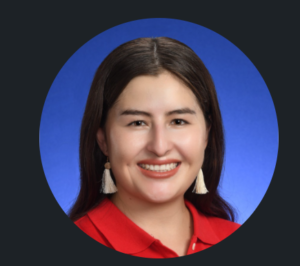 Sandra is originally from Ecuador. She moved to the US in 2014. She received her Bachelor of Science in Chemistry and Master of Science in Chemical Engineering. She currently works at Eli Lilly and Company as a Senior Associate. Sandra has been involved in SHPE since graduate school, where she held different leadership positions such as Recruitment Chair, Event Coordinator and Marketing Chair. She currently serves as the Secretary for the American Chemical Society Indiana Local Section. Sandra enjoys travelling, dancing, hiking, reading, and volunteering.